Meichen Yu is a Postdoctoral Appointee at the Center for Neuroimaging and the Indiana Alzheimer Disease Center at the IU School of Medicine. His research focuses on identification of genetic architecture of brain structural and functional networks in Alzheimer’s Disease and multilayer brain structure-function connectome in normal controls and Alzheimer’s Disease.
From 2017 to 2019, Meichen worked as a Postdoc Fellow in Computational Neuroscience/Psychiatry for the Department of Psychiatry at the University of Pennsylvania. There he conducted studies in functional and structural network analysis in patients with depression and anxiety symptoms. In 2017,  Meichen obtained his PhD in Computational Neuroscience from the Department of Neurophysiology & Alzheimer Center, VU University Medical Center, Amsterdam. During his doctoral studies, his research included: EEG/MEG network analysis in Alzheimer’s Disease and frontotemporal dementia, developing novel connectivity and network metrics and neural network modeling in neurological disorders. Meichen earned his Master’s (2013) and Bachelor’s (2010) degrees in Theoretical Physics from China. 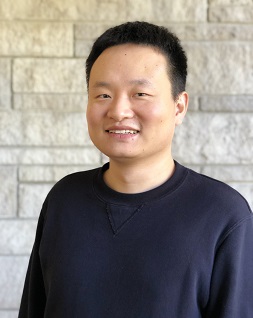